On my way to church I listen to "On Being" and today's offering  of Tippet, E.J. Dionne and David Brooks I found exceptional. http://www.onbeing.org/…/david-brooks-and-ej-di…/9001/audio…
Then there is my sermon. https://soundcloud.com/tigerowl/pentecost-23c-2016


AMEN.
Posted by Richard Stewart at 10:59 AM No comments:

To Leilani, To Joel, To Jordyn, To Devon, and to all we have inadvertently failed:

Fifty years ago I was a student at Wittenberg University, a Lutheran University.  We used to joke about it being a "small Christian College, for exceedingly small Christians."  It formed me in many ways to be a minister in the Lutheran Church.  It taught me well about "Having Light and Passing it on to Others."

There were Professors and Administrators who encouraged me, nurtured me, and in retrospect - protected me as a student from 1962-67 as an undergraduate and from 1967-71 as a graduate student. In many instances- not all - my fellow students were my protectors.  I learned to navigate during a time of racial turmoil and the last draft-able war.

In many ways we thought that we had Overcome and that Some Day was now, with a few hiccups along the way.  We raised our children to be in a world where Civil Rights were a right granted by law.  Voting was guaranteed, equal opportunity was on the horizon.  Social mobility was a real possibility.  Our children were raised without the same warnings of foreboding that were routine in my childhood.

It is without suitable critique of Society and status in America that we sent our son off to the same institution from which my wife and I had graduated.  In the intervening 26 years we ASS-U-ME -D that all would be right for our second generation college student.  Schools change, people change, buildings look the same.  My son's fellow students were his antagonists.  The administrators sought witnesses to mete out justice.  Pastoral care oblivious, while custodial staff were able to diagnose the problem as I gathered my transferring student's belongings, when they recognized me from my time on campus.

As I move into observing the third generation of Jordyn and Devon who bear my name and to Leilani, whose post catalyzed this post, I ask for your forgiveness.  In the 60's we thought we gained our rights by law.  What we gained was limited to behavioral modification.  We did not achieve Attitudinal Adjustment.  If anything, the attitudes have hardened and achieved more demonstrable, visual expression.  Civility has become a lost art form.  Words more severe than those uttered by Emmett Till, which caused his death, have become part of the news and a political campaign, and no longer hidden away, or choked down, but loudly proclaimed.

To my child, my grandchildren, to all of their cohorts, please accept my deep apologies for not being honest about the "progress" we thought we had made.  For you living with portions of generations, who have assumed, learned, or been taught that equality is not for all.  But that is the Law.  That we can hold up to our fellow citizens.  With partners, we will continually have to work on attitudes that truncate equality. 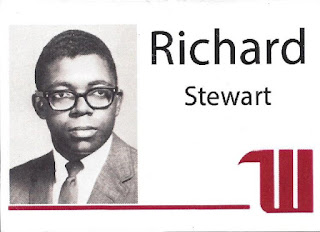 Posted by Richard Stewart at 9:06 AM No comments: