Rev. Dr. Emanuel Grantson is the first person I know, who was knowledgeable of the life, education, and history of service to the Church of Anton Anselm Amo.

While Dr. Emmanuel F.Y. Grantson has served in his native Ghana; Christ, Philadelphia; St. Michaels Truth Lutheran Church, Mitchelleville, MD; as well as taught at the seminary level he continues to have a heart for the people he services.  We shared impressions of the church's work among people of color and with African nationals.  Our collective knowledge of Anton Anselm Amo kept our conversation going. [Amo, a Ghanaian who in the early 1700's was taken to Germany, where he was a companion to the children of Duke Anton Ulrich Brunswick- Wolfenbüttel, & sons Wilhelm August & Ludwig Rudolp. In this home Amo was influenced by Augustus Hermann Francke and Gottfried Wilhelm von Leibniz.]

Posted by Richard Stewart at 12:05 PM No comments:

In my first year of ministry, Lynell Hampton Carter was the first Black pastor serving in Lutheran Urban Ministry outside my contact orbit revolving around Allen Youngblood.

Lynell Carter and Rich Stewart met at a "new" Urban Pastor's Conference at Northwestern University in 1972. Like a lot of us who were scattered throughout the church, we made minimal contact.  But on occasion, we would connect and remember that one week at Garrett Seminary where we, along with Wilson Wu were the only pastors of color Studying Urban Ministry at the event.  Lynell had served in Islandic Lutheran Churches in Canada, but he was asked to serve in Baltimore. For many years he served Pastor of Bethany Evangelical Lutheran Church in Yonkers, NY
and most recently was the Pastor of St. Paul’s Evangelical Lutheran Church of Tremont in The Bronx. He retired in May 2012 and died in August 2013. Please see the video tribute prepared in his honor. 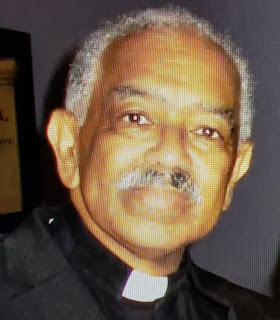 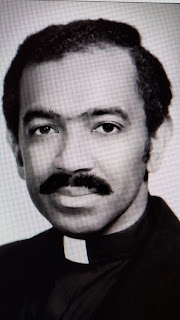 Posted by Richard Stewart at 4:57 PM No comments:

I did not ask Bp Patricia Davenport, if she had worked for anyone or any firm other than the Church...

When one grows up a block from the church and then is offered employment by the church, even with changing locations and changing responsibilities, how does one say no???  From a teenager working for the neighborhood pastor, or a staff person, working at 2900 Queen Lane, to working and going to seminary, to encouraging her deceased partner in life and ministry to attend Mission developer's school, Bishop Davenport's life has revolved around family and the church.  https://soundcloud.com/tigerowl/bppdavenport 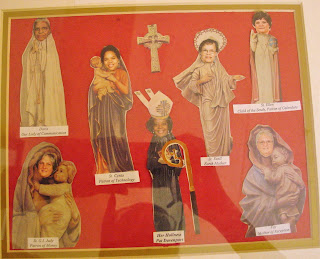 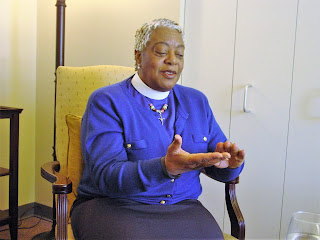 Posted by Richard Stewart at 3:16 PM No comments:

Augusta Stephens is the Keeper of the Family Memories of Her Brother, Her Father and Her Grandfather, who have all served in the Lutheran Church as Pastors 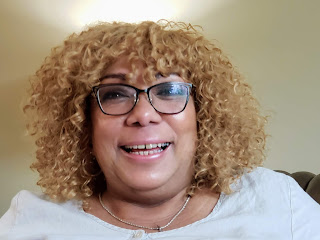 When tracking down a 3 generational Lutheran Pastoral Family, I was referred to the family historian and the granddaughter of the First Lutheran Pastor in the Stephens family, Augusta.

https://soundcloud.com/tigerowl/agusta-stephens-did-not-join-her-brother-as-a-third-generation-of-the-stephens-family-in-ministry
Posted by Richard Stewart at 2:43 PM No comments:

From Broadcasting baseball to Proclaiming the Gospel, an interesting path to ministry by Bp, Abraham Allende

It was not an obvious path to being a Bishop, but loving his church, serving as a lay leader, and being the Spanish voice of the Cleveland Indians is not seem to be a normal path to being a Pastor in the Lutheran Church.  Yet it is the path of Bp. Abraham Allende.  He shares his path to ministry in the ELCA in the attached interview. https://soundcloud.com/tigerowl/abraham-allende-bp

Posted by Richard Stewart at 2:25 PM No comments:

Pastor Kelly Chatman, Celebrated for 20 years in one parish, one community and described as Prophet and Pastor... 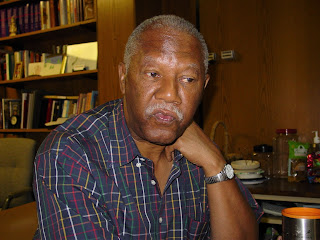 
Redeemer and Harrison give emotional send off to beloved ‘PK’

By David Pierini Staff Reporter
Pastor Kelly Chatman’s pulpit was at Redeemer Lutheran Church, but he never believed his ministry was the four walls of the sanctuary.
For more than 20 years, Chatman saw his church as the Harrison neighborhood. He brought housing and job training to its needy, built youth programs that nurtured scholars, artists and musicians and mentored a new generation of ministers ready to stand with people to combat racism, LGBTQ discrimination and other injustices.
The neighborhood came to him Saturday, Feb. 22, packing the pews and balcony to say goodbye to the pastor affectionately known as "PK." Chatman gave his last sermon on Feb. 16. He is forming a new nonprofit in North Minneapolis to train local churches to uplift and support their neighborhoods much as Redeemer has.
Redemeer has begun a search for a new pastor and will also need to find an executive director for Redeemer Lutheran Life Center, the nonprofit Chatman started to bring transitional housing, youth programs and workforce development, such the bike and coffee shop known as Venture North.
“If there is one word that describes Pastor Kelly, it’s prophet,” said Mark Hanson, an ECLA bishop emeritus. “He is not the kind of prophet that sees the future. He is the kind of prophet who speaks his mind and truth in cultures of deception and lies. You are a prophet with enormous heart that breaks open again and again with compassion and mercy.”
Hanson was just one of a line of speakers who paid tribute to Chatman during a twohour service in late February. Ministers paid tribute to a humble servant, whose only lapse in humility is when he makes chili (he thinks his is the best).
Musicians performs songs wrote especially for the sendoff. An artist stood near the front of the church, painting a canvas symbolizing how the church helped the community blossom.
Chatman had the day off from speaking; he needed all the strength he could muster to dole out hugs. In a video tribute, Kelly expressed gratitude in his characteristic understated manner.
In 2012, he was among a group of religious leaders who stood against a proposed marriage amendment in Minnesota. “I want people to strive to make this world on this day a better world for the next day,” he said. “I love god and I love people.”
Posted by Richard Stewart at 10:28 AM No comments:

It took two interviews, a technological lesson  or two for the blogger to get this interview posted.  Yet Pastor Capers showed me the patience he gave to the people he served in multiple locations in the ELCA as a Lay Associate, Seminarian, Mission Developer, Staff Person, Composer, Collaborator and small town pastor in central Indiana...in retirement...Ha.......